THE TRENTO WIRUN: ON 26 NOVEMBER EVERYBODY RUNS TO SUPPORT WOMEN 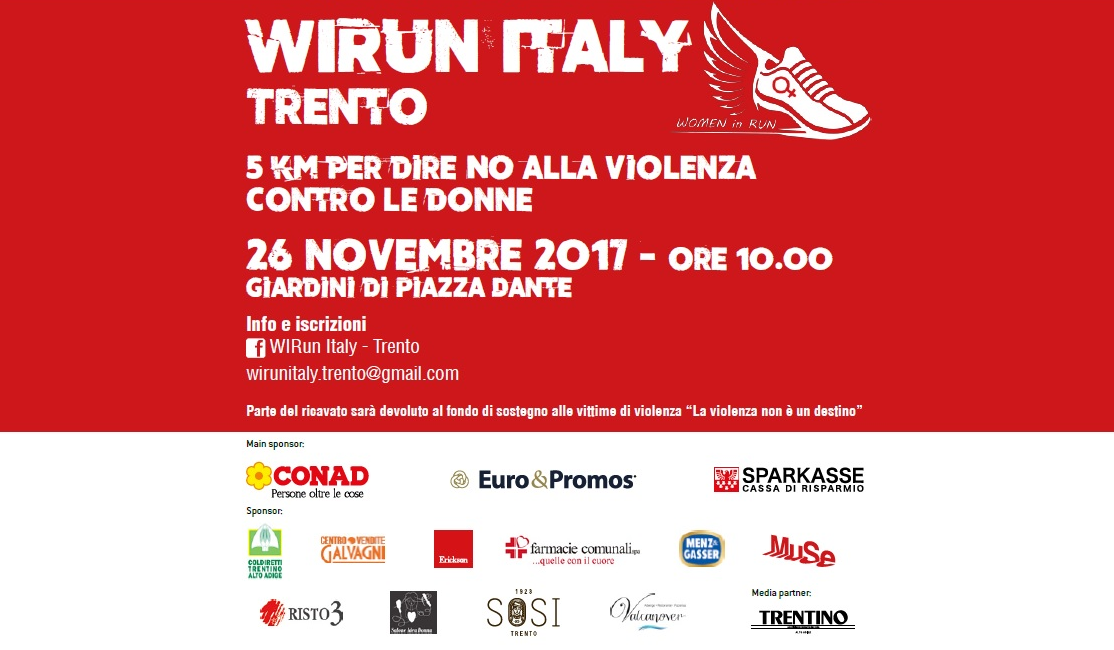 Our logo, too, will be on the red T-shirts for the Trento WIRun, the non-competitive fund-raising race to say no to violence against women. The approximately 5 km race takes place on Sunday 26 November 2017 through the streets of Trento’s old centre; competitors have the choice of running or walking.

The Trento WIRun is an event perfectly in keeping with Euro&Promos’s sensitivity as a long-time sponsor of similar events – this is the second time it features as a WIRun main sponsor – , a constant commitment confirmed on this occasion, too, to celebrate the International Day for the Elimination of Violence against Women, show the group’s strength and embrace sport as a way of boosting our wellbeing and self-confidence.

This year, four cities take part in the national event on November 26: Trento, Verona, Rome and Cesena. Trento is a WIRun veteran as this is its fourth race. More than 1,000 people took part in the three previous events. In these three years, over 15,000 people have been involved in 50 different localities across Italy.

In view of the 2016 race (over 600 registrations), some 800 participants are expected this year. Fifty percent of the entry fees – €12 per person – will be donated to a local association which supports women who are the victims of violence.

The other 50% of the entry fees will be used directly by Women in Run Italia  https://www.womeninrun.it/#sthash.3fN5LtcY.dpbs   to finance their projects in Italy.