EURO&PROMOS ALONG WITH TRENTO’S WIRUN 2017: RUNNING TOGETHER TO FIGHT VIOLENCE AGAINST WOMEN 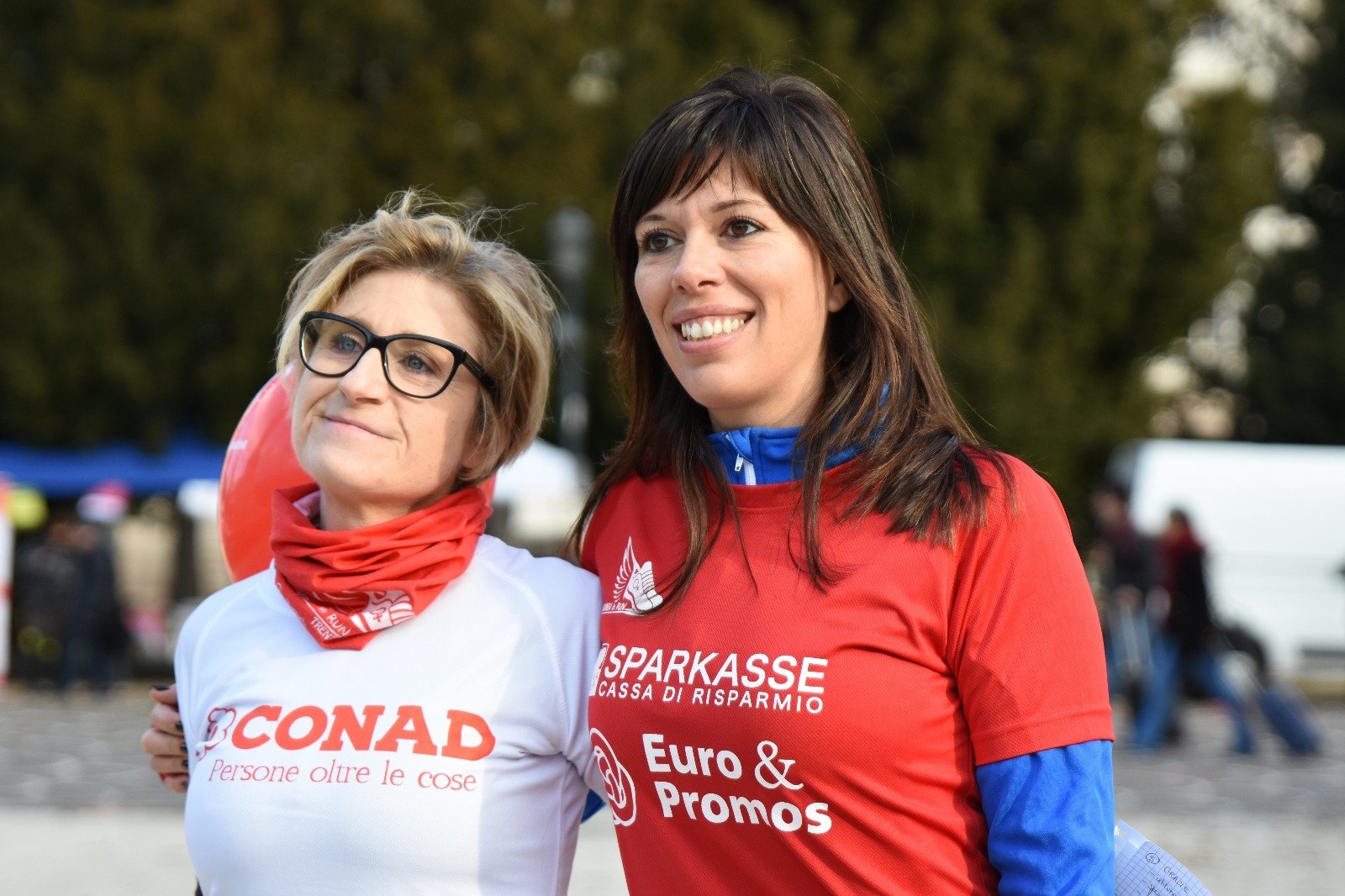 A thousand runners wearing colourful red t-shirts participated in Trento’s WIRun, the non-competitive charity run that aims to combat violence against women. The run, with a course of about 5 km, took place on Sunday, 26 November 2017.

This year, instead of numbers, the runners’ bibs featured the Euro&Promos logo alongside words of hope (redemption, respect, faith, freedom, etc.). It was truly an honour to participate! Trento’s WIRun is an event that is perfectly in line with Euro&Promos’ philosophy. We have always sponsored events like this and this is its second year as the main sponsor of the WIRun. We absolutely wanted to take part in this event in order to mark the International Day for the Elimination of Violence Against Women, showcasing strength in numbers and using sports as a tool for reinforcing a sense of wellbeing and self-confidence.

This is a national event that also takes place in Verona and Cesena. Now in its fourth edition, Trento already has a history. This year was truly a success with 1,050 runners (761 adults and 289 participants under the age of 16). Despite the cold winds, the streets of Trento were teeming with people, almost twice as many compared to last year, showing just how successful this initiative has been.

The runners included almost 300 young men and women, indicating good things to come for the future. Also present were 10 spokespeople, 2 council members, the vice mayor, the vice dean, and many other important figures.

Euro&Promos, which has its headquarters in Udine, is one of the most important Italian companies in Integrated Facility Management. It closed its latest consolidated balance sheet with 120 million euros, and with 6,215 employees throughout Italy. The company has a large staff of “invisible professionals” involved in those many services that make everyday activities run in industries, hospitals, and public offices. These workers include professionals working in logistics, cleaning, health care, maintenance, laundry services, waste disposal, social services, libraries, and cafeterias.

The company has grown constantly since 2007 when it was created as the result of the merger between Eurocoop and Promos San Giacomo. There has been growth both in terms of turnover (about 10 million each year) as well as in terms of the number of employees: from 2,000 to 6,000 employees with constant average growth of about 700 workers per year.